This is just a quick summary on how to use clang-format and in particular git clang-format on a Windows machine.

clang-format is a great and flexible tool to format your code automatically. jetbrains summarizes it well:

“Clang-Format is a widely-used C++ code formatter. As it provides an option to define code style options in YAML-formatted files — named .clang-format … — these files often become a part of your project where you keep all code style rules.”

I believe it speeds up development as I can just type away and then auto-format rather than having to manually indent and align things. This is especially useful if you are refactoring old code, but also when writing new code. I puts the code in a standard format which in turn makes it easier to read and understand. No more lines that are 200 characters wide!

For reference, my currently used .clang-format file can be found here.

Getting clang-format running on Windows is fairly easy, as it’s contained in the LLVM compiler. Simply download and install LLVM to the default path, using either their installer or better yet, using winget with a simple:
winget install -e --id LLVM.LLVM -y

Once installed, it can be either added to PATH to run from anywhere in the command line. Assuming you are using Visual Studio Code (which you should!), using clang-format is very easy using Clang-Format extension:

I use clang-format all the time, but my coworkers are less strict and thus I often end up with poorly formatted code and once I make code changes I will also format the code. However, that messes up the git commit with changes that are not related to what I am actually working on. This makes it harder for my coworkers to identify what changes I made and makes the commit history messy in general.

Recently, I have stumbled over a better way to coerce my coworkers into using clang-format, whether they like it or not: git-clang-format. It’s been there alongside clang-format the whole time, but only the “Format your code – all the time” blog post by Erik Larsson made me aware of it.

In short, git clang-format enables you to automatically run formatting on all files changes during a commit. So once you commit and push your code, it will be formatted correctly and thus the code changes and the correct formatting are contained in the same commit.

To use it in your current workspace, just copy it in your root directory. From the interactive terminal or a normal PowerShell window, you can run
python .\git-clang-format
but you will get an error message saying “error: cannot find executable “clang-format””. However, we can provide a path to the script, and that should do the trick:

If you have not changed any code since your last commit, you will get the message “clang-format did not modify any files”. Now, change some files but DO NOT run code-formatting yourself. When running the above command again, the script is very helpful, as it will notice the changes and will list them, but will also inform you that you need to “Please commit, stage, or stash them first.”

Go ahead and stage your changes. Running the above command yet again, we finally succeed:

You will have to stage the changed files again and you are ready to commit your properly formatted code!

I got started using these instructions, but they did not work for me out of the box. It seems the default Telegraf Docker Image is missing some SNMP tools / mibs files to function.

Here is how I got it working on my Synology NAS…

Now that we have installed and enabled the missing MIBs, we can start our container with the real “functional” configuration file. 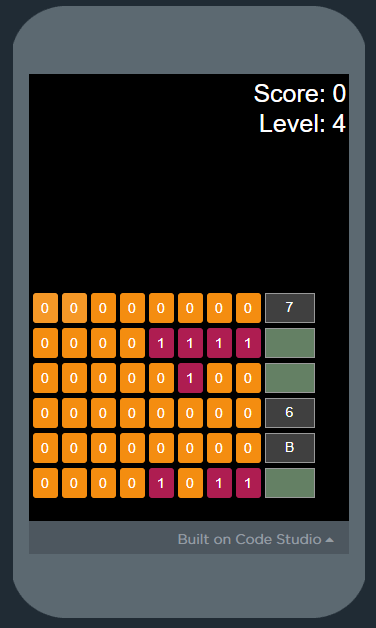 Find my version of “The Hex Game” here.

Being an embedded firmware engineer comes with regular conversions from hex (0xAF) to binary (1010 1111) and vice versa. The conversion rules are simple and there are many good calculators and tools to do the math for you.

I encounter lots of 8 to 32 bit registers in my daily coding life. Often single bits of those registers have to be written or read bitwise and I don’t want to have to either think about the conversion in my head for a longer time or use a converter. I’d much rather have this conversion become somewhat automatic in my head.

As a side note, converting large decimal numbers to hexadecimal is cumbersome by hand, as it involves long divisions and is better left to a computer.

This website uses cookies to improve your experience while you navigate through the website. Out of these cookies, the cookies that are categorized as necessary are stored on your browser as they are essential for the working of basic functionalities of the website. We also use third-party cookies that help us analyze and understand how you use this website. These cookies will be stored in your browser only with your consent. You also have the option to opt-out of these cookies. But opting out of some of these cookies may have an effect on your browsing experience.
Necessary Always Enabled
Necessary cookies are absolutely essential for the website to function properly. This category only includes cookies that ensures basic functionalities and security features of the website. These cookies do not store any personal information.
Non-necessary
Any cookies that may not be particularly necessary for the website to function and is used specifically to collect user personal data via analytics, ads, other embedded contents are termed as non-necessary cookies. It is mandatory to procure user consent prior to running these cookies on your website.
SAVE & ACCEPT